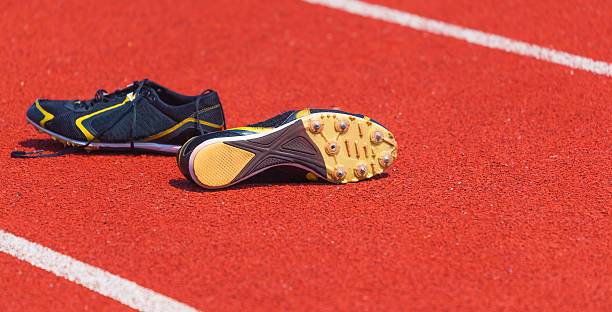 Look, I knew my chances of even making it to Eugene, OR for trials would be less than slim. At the time while training back at UGA in 2020, I had no coach, I was modifying my workouts via an app, and essentially had no support group. All negatives looking into such an insane personal goal. Looking back, I think I just wanted to get some meets under my belt and go from there. It would’ve been great if I achieved that feat… but fuck it, I was going to die trying no matter how irrational I looked.

There’s times I look for affirmations and support from others, especially in the world of athletics, but I still had this inner drive in me to throw all logic into the wind and just to put myself out there. There’s definitely pros and cons to that mindset though.

Once again, in this post-grad season of life, I heeded some very wise advice from a mentor friend and put training for track on pause… or you could say pivoting from it as a whole. From this on-going pandemic, moving back home unexpectedly, no coach, barely any money and a plethora of other concerns, I didn’t have the support, internally and externally, to continue this pursuit of mine. Several friends mentioned me going into the olympic weightlifting world as I have the “perfect physique” and background for it. Although it looks very dope and rewarding, there’s a part of me that still wants to run. Yes, in a track sense but also in a non-literal sense… I wanted to keep running full steam ahead at this goal that I set back in 2016 and I didn’t want any shit to stop me like it has in the past.

In my mind, I sometimes look at all of this as me being weak or not good enough. “I wasn’t self-made enough to get my name out there.” “All this time I had with pre-season prep, plotting, creating vision boards was for nothing.” I know these thoughts aren’t true necessarily but I’m just not in a space where I’m fully removed from these thoughts. Just being honest.

Currently, I’m happy for those athletes who have been running, jumping and throwing these insane times and distances that has made every spectator share the same universal thought of “damn, did we not just start outdoors?” I just wish I could’ve had that same payoff with my hard consistent work as well.

I still write down my workouts in my training notebook and the other day I accidentally flipped to the month of June where I had a sticky note noting the beginning of the Olympic trials. As competitive, hard working, and diligent as I am, this shit hurts man. It pains me that I’m not out there with them, even in the sense of being on a smaller stage competing in local meets. I hate feeling like I left a stone unturned. I know sports isn’t the end all, be all of things but I feel as if I have this gaping hole in my stomach, in my soul, that I’m leaving another dream unfinished. I had this same feeling with basketball once and now with track.

I don’t really feel satisfied, or finished, with my time in sport.

“I’m gifted athletically and will outwork anyone, any day of the week so why can’t I finish anything?” my mind echos as I try to sleep each night.

This is what I mean by this post’s title. I was a little down when I first made the decision to put track on pause a few months ago. But grieving a failed dream hurts and doesn’t go away instantly. And I know it will continue to hurt once the Olympics begin this summer.

A failed expectation is the essence of disappointment. Yes, maybe shooting for the Olympics was an extreme expectation of mine but I’ve only competed in one meet this entire ~4 year stretch. That’s embarrassing to me. I’d like to think I’m better than this.

I hope that I will be more healed and mentally removed from this current mindset when the Games start. But I’m acknowledging that I’m not there right now. Yes, I have so much going for me outside of sports that will last longer than any elite athletic career. But my heart isn’t looking at that now. I’m not sure if I’ll be able to return to the sport competitively for multiple reasons and that messes with me.

One thing I can be certain in is that this journey and my experiences on and off the track are not in vain. I’ve gained so much. That’s something positive I can harp on.

With a disappointed heart, I’ll still continue to put my selfish pursuits aside and cheer on everyone else as the rightful olympic hopefuls they are. Godspeed to everyone competing this season— leave no stone unturned.

As an athlete that has battled against clinical depression and anxiety, I've noticed the stigma around athletes and mental health. Because athletes are viewed as physically strong, many people equate that strength to being mentally strong simultaneously. I chose to create this website for all athletes, whether amateur or professional, for support, guidance, and understanding of how to really value your mental health. I believe that everyone on this earth belongs and has a purpose. View all posts by Rachel Hampton